Roll up Your Sleeves 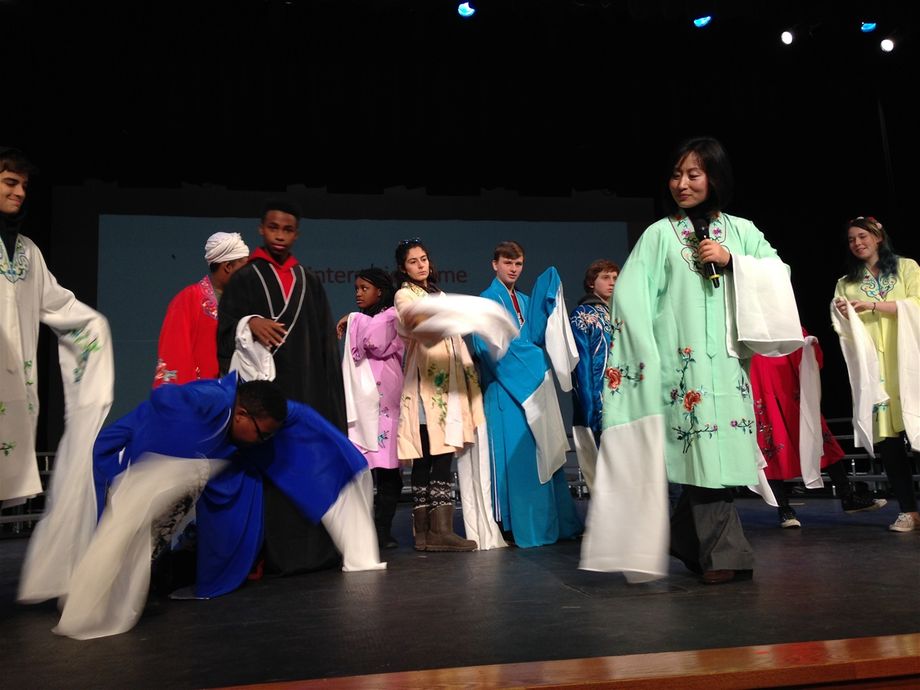 As background, Beijing Opera is a form of traditional Chinese theatre which combines singing, dancing, recitation and combat skills. It arose in the late 18th century and became fully developed by the mid-19th century. For many native Chinese residents in the communities, Beijing Opera is a music of home as it has been considered a national treasure for centuries, due to its unique aesthetic norm that is so different from other performing arts. For many non-native Chinese, Beijing Opera is a unique way to appreciate the traditional Chinese culture and value so as to enhance effective communication with their Chinese neighbors and business partners.

As one of her core programs, DCBBO delivers bilingual workshops to the public, in particular universities and colleges, public and private schools, and local communities. This activity cluster directly supports the aforementioned community's needs through lecture, demo performance, and interaction with audience.

2) The demo performance part is a showcase of Beijing Opera classics, accompanied by narration and bilingual subtitles; and

3) The interaction part provides audience an intimate moment with Beijing Opera. For example, audiences are divided into small groups and learn basic performing skills such as how to walk on stage, and use of props. They could put on Beijing Opera costumes to have direct experience of how long a water sleeve might be, and pose for photos.

Such workshop is about 60-minutes long. It could be either standalone or in conjunction with the other community events such as the New Year celebration. In addition, each workshop and demo are tailored towards the audience demographic data on the basis of intensive consultation with the event organizers and dry run prior to the formal delivery.

DCBBO workshops and demo have been very well received. Since establishment, DCBBO has reached out to thousands of non-Chinese Americans and second/third generation of Chinese Americans. “This was truly a wonderful and much-needed Beijing Opera lesson and exotic entertainment for people interested in the mysterious oriental culture”. That is the typical feedback the DCBBO has often received at the end of a workshop.